In 90’s, interest grows in Hoppy’s 1960’s photographs. Hoppy invited to mount first retrospective show of his work at The Special Photographer’s Gallery.

One show leads to another, eventually leading in 2008 to publication of book, “From The Hip”, published by Damiani Editore, Italy, representing Hoppy’s own choice of his best photographs.

Hoppy is diagnosed with Parkinson’s Disease in 2007, around the time of his 70th birthday. The decline is slow but inexorable. Hoppy remains active in his chosen pursuits until his physical faculties fail him, graciously allowing himself to be interviewed many times by younger generations as they gradually discover his historical significance.

Hoppy dies on January 30th 2015. Sadly missed by those that love him 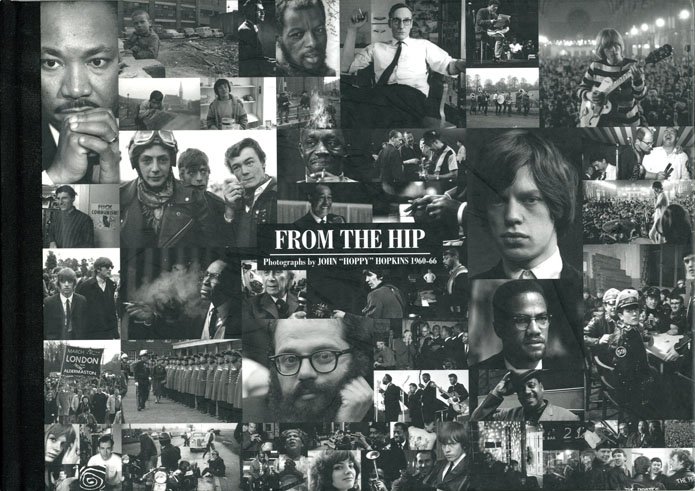