With UFO and IT both successfully advocating ‘alternative’ anti-establishment lifestyles, Hoppy’s court case from December 1966 bust comes up. Electing to defend himself and be tried by jury proves disastrous as Hoppy is sentenced to 9 months imprisonment in Wormwood Scrubs. Judge calls Hoppy: “a pest to society.”

In response to Hoppy’s imprisonment, Paul McCartney pays for full-page advertisement in The Times calling for legalisation of marijuana, signed by many illustrious names – including all four Beatles and future Tory Cabinet member Jonathan Aitken. Despite being a major cause celebre, it does not get a day knocked off Hoppy’s sentence 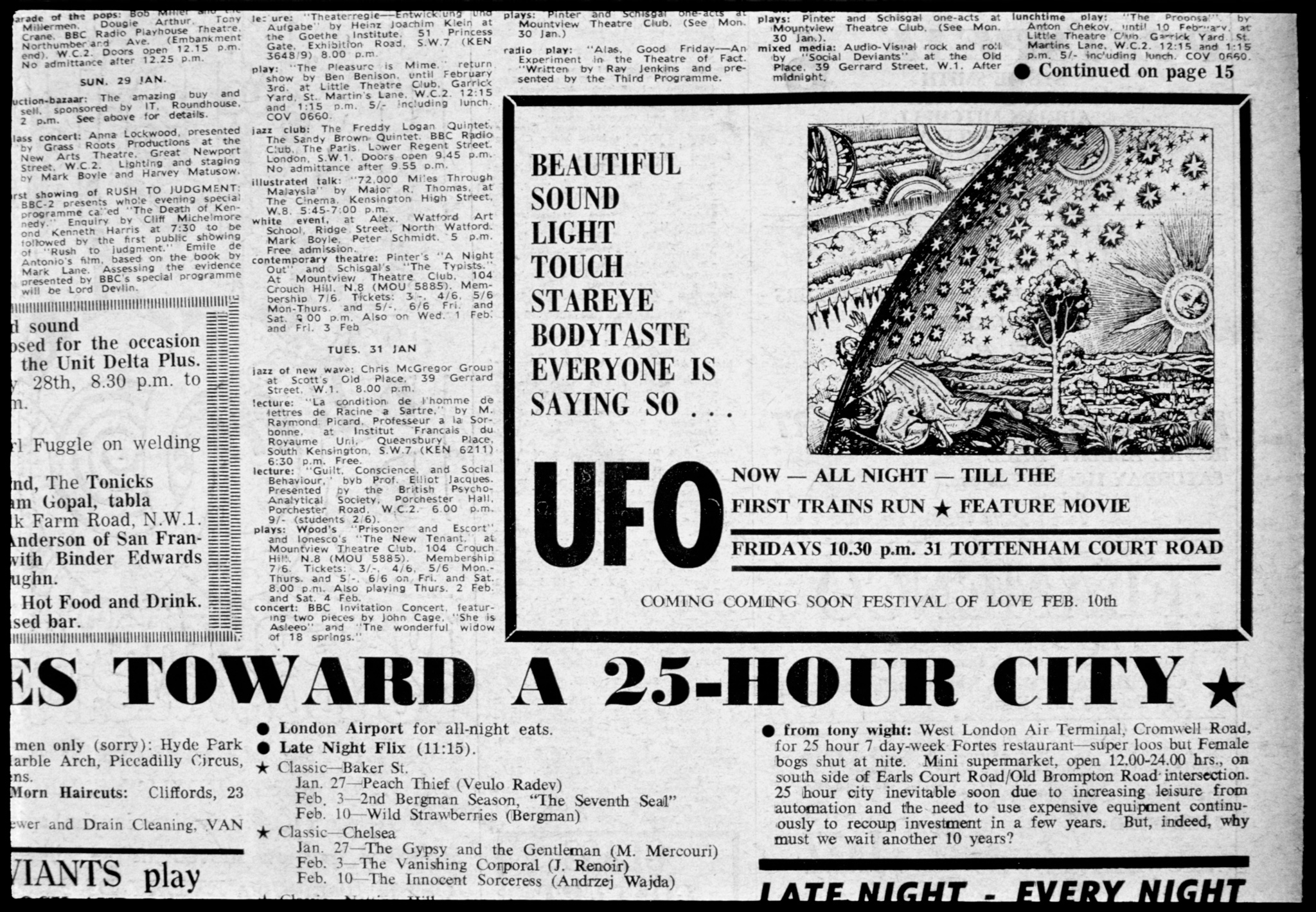